The City of Struthers, along with the Struthers Fire Department, are proud to announce that the contract to build the community’s new fire station has been awarded and agreed to by J. Herbert Construction Company from Salem, Ohio.

J. Herbert has been in business for almost 40 years and has constructed various buildings for local and area departments.

We look forward to working together with J. Herbert to construct a new firehouse that all Struthers residents can be proud of!

Tis the Season in Struthers, Ohio!!! Let’s LIGHTEN UP the mood and BRIGHTEN everyone’s SPIRITS with the 2022 Struthers Holiday Lights Contest! 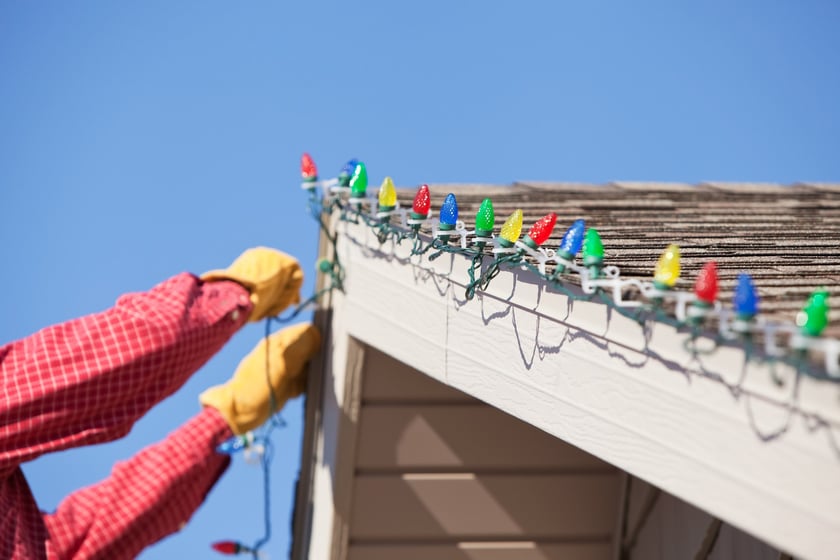 Use the link below to register your home!

Contest requirements:
(1) Open to any Struthers City Schools residence or business. One entry per address.
(2) Decorate your home or business for the holidays and enter to win the title along with well deserved bragging rights. Show your hometown pride and your holiday spirit!
(3) Decorations must be completed by December 5th.
(4) Our selected local judges will be looking at the decorations the week of December 5th – 13th during the hours of 6:00 – 9:00 PM.
(5) All city codes and ordinances must be followed.
(6) By participating in the contest, you agree to allow the City of Struthers to post your address publicly on our website and/or social media pages. The City of Struthers will also be allowed to take photos or videos of the decorations.
(7) The City of Struthers will also be placing a reflective neon green marking stick in the corner of your property to identify the participating houses/businesses for the judging, so please do not remove for easy identification of participants.
(8) It is free to participate, however all entries must be received by completing this google form no later than December 5th at midnight.  THE MORE THE MERRIER!!!

There will be a list generated and posted to social media of all the participating homes and businesses on/or around December 5th at the start of judging.

Winners will be announced on December 15 by midnight.

Struthers, OH – (January 12, 2022) –  Officials with the City of Struthers have partnered with Constellation NewEnergy, one of the largest retail energy providers in North America, in an effort to help members of its community manage their winter heating bills.  Effective February 1, 2022, Constellation NewEnergy will again serve as the community’s preferred natural gas supplier, where consumers will have the opportunity to sign up for a fixed rate that will offer stability in a volatile market.

A fixed rate of $3.84 per thousand cubic feet (Mcf) has been set. The rate will go into effect February 2022 and covers the March 2022 through February 2026 bill cycles. The rate excludes taxes and fees for services provided by the utility.

“We noticed the natural gas rates dropping and decided to lock in at these attractive levels,” said City of Struthers Mayor Cat Cercone Miller. “To protect the community from fluctuating energy prices, we are providing a stable rate through the Constellation NewEnergy program.”

Residents and small businesses who live in incorporated areas in the City of Struthers are eligible to participate in the program, and will receive information via mail describing the offer at the end of the year. Those over 65 can request the senior rate of $3.74/Mcf by calling Constellation NewEnergy directly at 1-800-718-1493.  Customers not receiving a letter stating they are automatically included will need to call to enroll in the program.

It was a month ago Tuesday that heavy rain flooded not only parts of Youngstown and Boardman but also places in Struthers.

Struthers, as it turns out, gets flooded frequently, which is why earlier Tuesday evening a public meeting was held for people to talk about their water problems and for city officials to explain what’s being done.

About 80 people packed Struthers’ Mauthe Park Community Center to talk about the flooding that’s plagued the city for years.

She had pictures from July 17 of the water running around the front of her house, creating a lake in her back yard.

“Do you know how expensive that is? A furnace, a hot water tank, washer, dryer, decorations, and I have a basement. Where else do I put those things? I can’t put them in my basement,” Brumert said.

He says Struthers does not have a system that can deal with a rain like that of July 17. The city has hired a consultant to devise a plan, but ultimately it’s the cost that could delay any repairs.

“Just for us to do modeling on the piping that we want to try to do and the engineering, just to do the design, not put a piece of pipe in the ground, the estimated cost of that is $1.1 million,” Maiorana said.

Ben Bruno lives on Edison Street and says water from businesses on Youngstown-Poland Road flows onto his property. He wanted to know if there were ways to stop it.

“I get water 13-foot wide, almost a food deep, a lot of times coming down my back yard,” Bruno said.

“I had six and a half feet of water in my basement,” said Andrew Young of Fifth Street.

He says that happened 30 years ago because the sanitary system backed up, and he says it’s still backing up today. Young says it shouldn’t happen.

Maiorna says it’s because people have their storm water and sewage draining into the same pipe, and it’s a problem that needs corrected.

Struthers Mayor Cat Cercone-Miller told the crowd the city is looking into grants to help pay for flood control. She also promised to be transparent and keep everyone updated on any developments.

Last week, Struthers children who are involved in the Success by 6 programs with our Struthers Elementary School received a free bike helmet, thanks to the “Put A Lid On it!” campaign. The campaign is a continued partnership between The Ohio Chapter of the American Pediatrics and The Ohio Department of Transportation.

Through a competitive application process, local law enforcement agencies, school programs and community organizations were selected to receive helmets based on need. Struthers Mayor, Cat Cercone Miller, applied for this grant and received 108 bike helmets in various sizes to disperse in collaboration with the Struthers City Schools. The ultimate goal of the campaign is to keep more children safe while riding their bikes, and helping to reduce bicycle rated fatalities and injuries.

For more information about Bike Safety Awareness, go to Ohioaap.org/putalidonit. In coordination with this campaign, the City of Struthers is now a member of the League of American Bicyclists. The league represents bicyclists in the movement to create safer roads, stronger communities, and a Bicycle Friendly America. Through education, advocacy and promotion, we work to celebrate and preserve the freedom cycling brings to our members everywhere.

The city of Struthers began conducting an in-person business census last week as part of a larger comprehensive plan for the city.

The business census is asking business owners basic questions, like each business’ name, store hours and number of employees.

Its purpose is to identify local businesses in the city, whether they have a physical storefront or are operated from a business owner’s home.

“This helps identify the needs for different kinds of businesses we may or may not have in the city, businesses that we want to have going forward,” said Ryan Rogalski, Struthers’ tax commissioner.

This business census is also a part of a three-phase comprehensive plan to continue helping Struthers grow.

“We identify areas of town that need improvements. You’re more apt to receive grant money from different organizations if you have a comprehensive plan in place,” Rogalski said.

“We just want to make sure that whatever comes into the city is really going to benefit our residents as much as possible,” Rogalski said.

Rogalski said businesses are responding well to the census.

Owners of the new Struthers Nutrition on State Street appreciate the city’s help. They say the census can help local businesses connect.

“Other people in the city and other local businesses understand that we’re here, understand who we are and everything like that, and we can really just keep track of other businesses as well,” said Struthers Nutrition’s Dylan Nelson.

Effective Monday, July 26, the Mahoning River within the City of Struthers limits, will be temporarily closed until further notice due to the dam removal process.

The portion closed will be between Walton Avenue and Bob Cene Way bridges.

The closure was announced earlier this month.Mahoning River topic comes up during D.C. hearing

Along with the dam removal, one of nine will be demolished along the river corridor to help improve the flow of the river downstream. It will also allow for more recreational use of the waterway.

If someone wants to continue boating along the Mahoning River, there will be a place to portage just up river from the Struthers Dam. There will be warning signs posted.

To put back in the river, however, boaters will have to go all the way to Lowellville.

“This actually started, I believe, in 2019 under Mayor Stocker. He actually put me on the committee that started all this, so I was brought in very early on to the process, so this has been a long time coming. We’re very excited about it,” said Struthers Mayor Catherine Cercone Millers.

“We feel that this is in the best interest of public safety. Signs will be posted under and at Walton bridge and Bob Cene Way Bridge to notify anyone using the river that they will have to exit due to construction ahead. Thank you for your patience,” Cercone Miller wrote in a news release.

At the same time that the dam is being removed, a kayak and canoe launch will also be built underneath Bob Cene Way. All of it — the dam removal and the kayak launch — should be ready in time for kayaking season next year.

Struthers’ Mayor showed a proclamation for the city now on a mission to make trees and the environment a priority in the city.

Struthers is now officially recognized as a “Tree City.”

Struthers’ Mayor showed a proclamation for the city now on a mission to make trees and the environment a priority in the city.

“This is a big step for the future of us. It is something we really need to pay attention to. Not only as residents but the entire city and administration, city council,” said Miller.

Struthers achieved national recognition by meeting the program’s four requirements that include: having a tree board or department, a tree care ordinance, a forestry budget of at least $2-dollars per capita, and an Arbor Day observance and proclamation.

Struthers residents will get a postcard this week explaining some new options for filing the city’s taxes.

There were 3,600 residents who filed taxes last year with papers. About 35% of them dropped those papers off to tax clerks at the window.

Now, they can file the return and make online payments through the city’s website.

Struthers has a 2% income tax for city residents and those who work in the city.

“Not having to come down and stand in line and file taxes here. You do it all online from the comfort of your own home. You can take your time with it and you know it’s going to be done right because it’s done right. All the calculations are there. As long as you put the information there correctly, then your returns are going to be done correctly,” said Struthers Tax Commissioner Ryan Rogalski.

There is no charge for e-filing, but there is a convenience fee for payments.